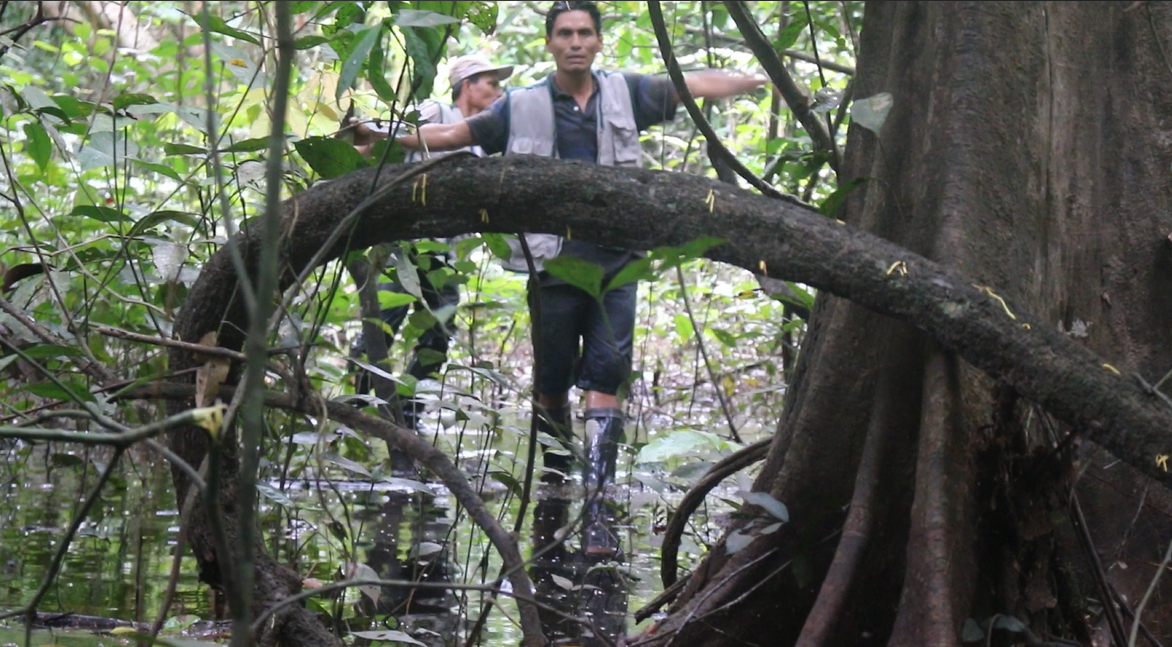 The work of park rangers in biodiversity conservation

Selective exploitation of commercially valuable timber species, excessive fishing and hunting are causing valuable species to disappear from rivers, lakes and forests. To prevent this, Amazon Biodiversity has set up a local team dedicated to safeguarding the 40,000 hectares of the concession.

Four forest guards monitor and control the area and its perimeter on foot and/or by river and keep a constant watch to avoid illegal deforestation, fishing and hunting.

The installation of guard posts at strategic locations allows for the control and monitoring of forests and lakes and rivers, discouraging people from using the forest irrationally.

Thanks to our actions for the preservation of biodiversity, we are seeing an improvement in the quality of the water in lakes and rivers, an enrichment of the fauna and flora and the recovery of threatened species. These include the pink dolphin (Inia geoffrensis), the giant otter (Pteronura brasiliensis), the black caiman (Melanosuchus niger) and varieties of monkeys among other endemic or endangered species.

Since 2007, the Yanayacu Maquia Conservation Concession, with the support of the University of Arizona and Iquitos, has conducted studies on the valuation and recognition of some of the best preserved peatlands in the world.

A peat bog is a wetland colonised by vegetation, whose particular ecological conditions have allowed the formation of a deposit of peat, a fossil organic material formed by the accumulation of plant debris.
A functional peatland is therefore an ecosystem that has the capacity to accumulate carbon, regulate water flows, support a wide variety of habitats and species, and tell us about the past through the study of material accumulated over thousands of years in its soil layers. It is estimated that peatlands alone contain about a third of all the carbon in the world’s soil. And ‘tropical’ peatlands store twice as much carbon as all the world’s forests. On a regional scale, peatlands affect the hydrology of the Amazon lowlands, as they store a lot of water and thus mitigate flooding and can function as water sources for the surrounding region. On a global scale, they play an important role in the global carbon cycle and climate change mitigation. The Concession peatland, with an estimated surface area of 7,000 ha (15% of the total area), therefore plays an essential role for the area.